How are ratings calculated?

Ratings are calculated using Evan Miller's method (based on a Wilson score confidence interval) that is self-correcting. This means that the % of positive ratings & number of ratings decide a mods position on the top charts. The benefit of this approach is a mod with 2 positive ratings will not outrank one with 10 positive ratings but 2 negative. Nor will a mod with tons of rankings outrank everything unless most of the ratings are positive. 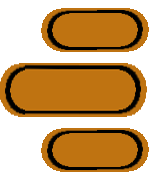 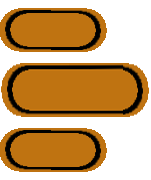 The Edison Electric Model Sigma, has a long and troubled development history, that I won’t bother telling. Thus, BEHOLD the short version! Basically, HCOOLK’s ever-growing Crusading forces required something that could go over rough terrain at a reasonable pace and have “some” armament, but was versatile and cheap enough, to be utilized as a scout or thrown in large quantities at Reformist, Klangolytes and vile Klang-worshippers’ fortifications, and was not a motorcycle or any other kind of bi- or -Clang be gone!- tricycle. The College of Cardinals believed this to be an excellent idea, thus large quantities of tax-payer money were spent and after long deliberations, Clang-o-nautics was contracted to develop the vehicle. This revelation sent Clang-o-nautics’ Central Directorate into a fit of mild panic, for the state-owned Clang-o-nautics had no experience in building vehicles that used wheels or other such nonsense for propulsion. The closest thing to a surface-going vehicle Clang-o-nautics had ever build in its long and venerable history as the premiere shipwright of HCOOLK were special “Constructo” Sub-Submarines for the Subsurface oceans of “Saint-Ganymede” and later “Altar-Europa” capable of skidding along on tiny spiked legs under the outer ice crust and detect weaknesses to create breakthroughs by deploying and detonating the onboard micro-atomic charges, and this way, enable the employees of Constructi-Corp to anchor a new city block's foundation or whatever into the ice. Nevertheless, the Directorate was confident that the “Corps of Engineering and DeClanking” (CEDeC) would be capable of concocting up something functional enough to satisfy the Crusaders and the College of Cardinals. They build “f-ing spaceships that are freaking awesome” (First Director Alexis, during the CN-hosted press conference on the state of the company, 4th of May 213th YDC) after all. With the Power of Math on their side, Clang-o-nautics set out boldly to build something that has never before been built in a Clang-o-nautics planet-side “Cosmo-Werft”.
The first Prototypes wiped out over half of Clang-o-nautics’ test-pilot cadre. This event is widely known as the “Werft-15 disaster”. Even today it is a synonym for not provoking “Clang the easily offended”. Even the prestigious Club of the Clang-o-nauts’ (CN requested their assistance after the “Werft-15 disaster”) was unable to half-ass a non-lethal (at least for friendlies) vehicle. With development costs skyrocketing, the deadline a distant memory and the test pilot cadre entirely deaded, the College of Cardinals, after long spiritual consultation with Archangel Micheal the Most-Bestestest, decided that handing over this particular project to Clang-o-nautics might not have been such a good idea after all.
Despite Cn’s loud and intense protest, that with a few more trillion SpaceRubles and just a two or three more months of time the project could be completed to HCOOLK’s and the Crusader’s satisfaction, CN was forced to hand over the project to Edison Electric, led and founded by the charismatic, most beautiful and clever Indigo-Dakota-Quinn Edison, ne was known through the entirety of the known cosmos for nirs great intellect and vision. There were even rumours that nem might be the second corporeal incarnation of Michael.
It goes without saying that Edison Electric was successful.
The now as Type-Sigma rebranded “Project M-35”, was made in two variants an “export” version and the “Supercruise” version. A third super-secret hoover version couldn’t be completed on time for launch day, however.
Featuring bulletproof holographic-glass, space-age booster rockets that could propel it to never before seen speeds (100 m/s) (, that it was capable of sustaining, at least for a while, 14.35 km to be exact, then it several differently sized craters were created as the pre-production prototype’s wheels suddenly seized to exist), and a fully functional on-board survival kit, this vehicle is truly a marvel of engineering.
The export version had the bare minimum in protection and meagre armament, consisting of a –inhales- “light-triple-sextuple-manual-reload-rotor-mounted-Gatling-gun-turret” (or “LTSMRRMGGT”), and two conventional Gatling turrets, with the option of switching the top one for a missile turret.
Now, the “Supercruise” on the other hand, dropped all the boring vanilla stuff for LASERS, OP-thrusters, double-layered shielding and enhanced batteries that gave it all the extra power it needed.
Massive profits were made, even though the Crusaders' didn’t order quite as many as initially hoped for. Maybe they thought it was too cutesy looking or something, who knows? Some people just can never be satisfied. …Anyway… Everyone was happy, especially all the petty dictatorships and space-pirate-bands who bought the surplus stock from the black market for but a fraction of the original price. A true Happy-End! Or was it?!
Clang-o-nautics was, after all massively humiliated by the whole affair. Outsmarted by a privately owned company, that had only a snippet of their resources and workforce. INCONCEIVABLE! This didn’t sit well with CN at all, and the Directorate has a long a fairly reliable memory. . . . (<- That’s what’s called foreshadowing btw.)

- UPDATED VERSION, Golden Armour Skin, Silver Armour Skin and Glamour Armour replaced with Skins from "Wastelands" DLC
-Suspensions should be rotor-locked (6) when turned off (5) for drag-racing to give the rover the much needed extra stability, this is not necessary though.
-Rotor-lock the turret (2) when off-roading, you might regret what MIIIIGHT happen next! ;)
- You CAN manually control and fire the Sub-Grid Turret, but you SHOULDN’T, it is more than likely that you will accidentally damage the vehicle, better leave the targeting and firing of the turret to Whipslash’s script.

No items were found matching the criteria specified. We suggest you try the item list with no filter applied, to browse all available. Join now to share your own content, we welcome creators and consumers alike and look forward to your comments.

can you be more specific? "Experimental Mode" must be enabled, or it won't move an inch. The scripts are absolutely 100% essential for this to be more than just one big golden paper-weight.